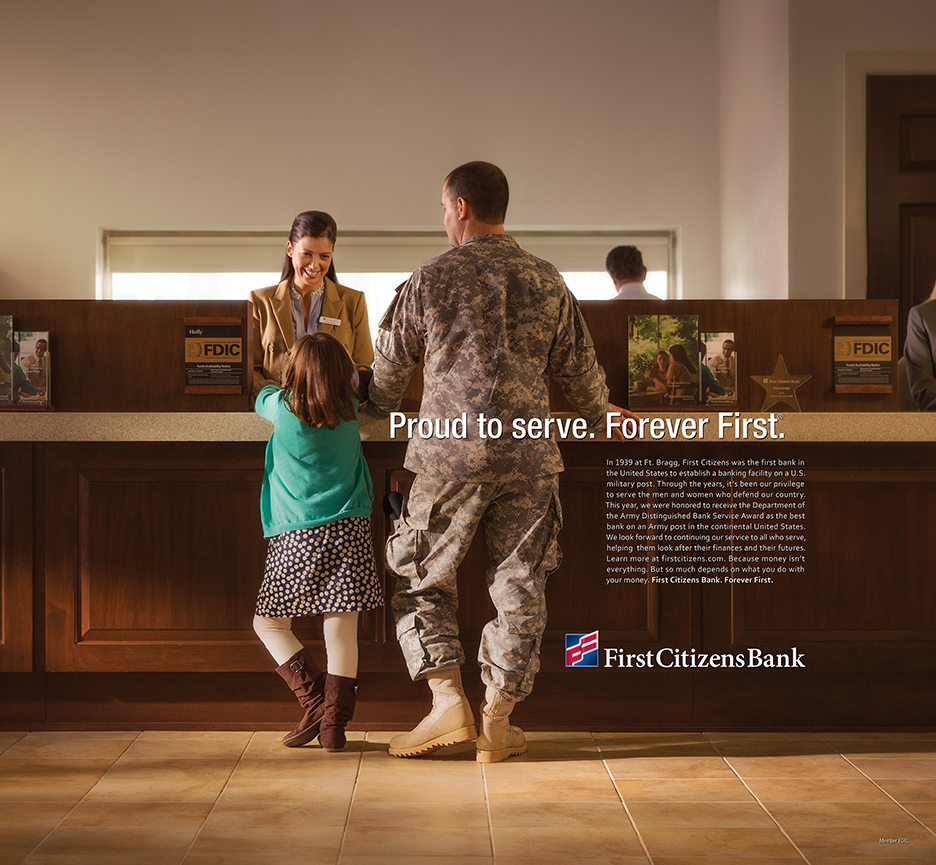 First Citizens Bank prides itself on its dedication to our military.

All the way back in 1939, First Citizens Bank opened the first banking facility on a U.S. military post — at Fort Bragg in North Carolina. In 2014, First Citizens was recognized with the Department of the Army Distinguished Bank Service Award as the best bank on an Army post in the continental United States. We created this double truck ad to celebrate the award — and the bank’s longstanding commitment to those who serve — in the Fort Bragg base newspaper, The Paraglide.

Remember how expensive your college textbooks were? So do we. More importantly, so do the folks at TextbookRush.com…