Our friends over at Detroit Public Television were working on an important initiative: The launch of a new satellite studio at the Detroit Historical Society. The purpose of the new facility is to put DPTV closer to the folks who make Detroit – city and suburbs – their home and help them tell their story. They had a question or us: “What do we call it?” We said “One Detroit” because what we’re talking about is a single epic tale that happens to feature a cast of millions. We cooked up a logo for the initiative, a line to tie it all together (“Four million people. One story.”) and a series of posters showcasing the people who make Detroit Detroit. 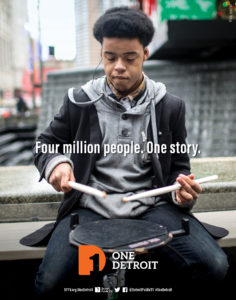 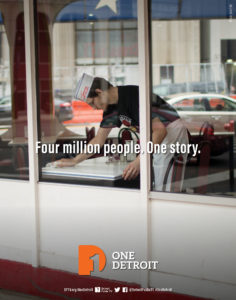 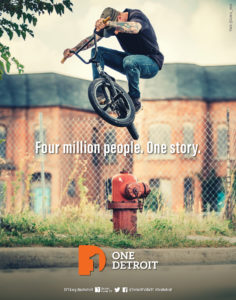 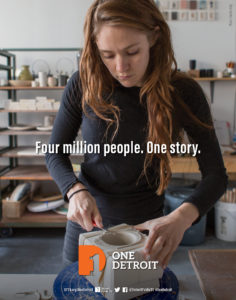