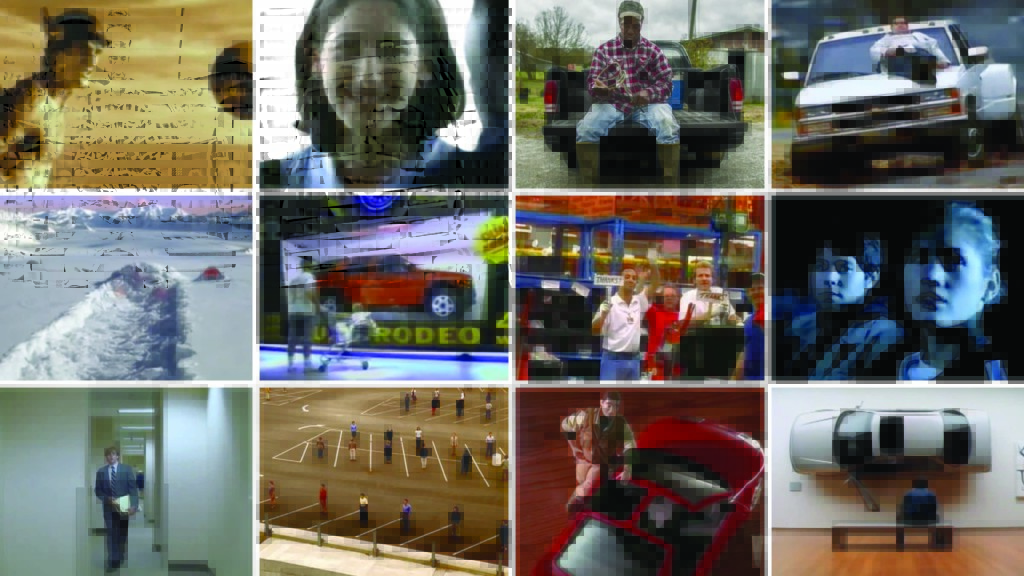 Which would mean that 90 percent of car commercials is crap. Which sounds about right, give or take.

But what about the 10 percent that isn’t crap?

There’s no official list of the great car commercials. I’ve looked recently at the lists compiled by various publications and organizations and websites. Some of the car commercials I love are on the lists, others are not. And vice versa: There are car commercials much beloved by the list compilers that don’t do a lot for me (for instance, the VW spot featuring the little boy in the Darth Vader costume; while certainly well made, the commercial could have been written, sold, produced and aired on behalf of just about any car brand with remote start, which is to say nearly all of them).

I do have my favorites. Elsewhere on this page, you’ll find the YouTube versions of them available for the viewing (disclaimer 1: video and audio fidelity varies). There are 12 spots here covering nine brands, Chevy Trucks, Honda, Isuzu, Jeep, Mercedes Benz, Nissan, Ram, Saturn and Volkswagen (disclaimer 2: I’m only including commercials I’ve actually seen on actual TV).

Watching them once more I’m reminded how watchable these commercials were . . . and still are. I could watch them over and over and over again. Some of them I have: I’ve seen the classic Hal Riney “Moment Of Truth” spot for Saturn at least a hundred times and even though I know it’s all actors acting, it’s so well done the bit at the end where they all applaud gets me every time I watch it, without exception.

As different as these commercials are from one another – some fun, some emotional, some thoughtful – across the 12 there are five qualities that transcend the individual executions and drive home where the greatness in great car commercials comes from.

One, great car commercials are informed by a clear understanding of the brand doing the advertising, what its voice is, what its values are, what its place in the world is. The Honda Art Gallery commercial is intelligent and maybe just a little wry. The Volkswagen Milky Way commercial is youthful and optimistic. The Saturn Homecoming spot is plainspoken and sincere as all hell.

Two, great commercials reflect – and create – real and legitimate pride in the brand doing the advertising. Not arrogance, but pride at its best: Pride in standing for something, pride in being very good at what it does, pride in being valued by customers and by the world. From the Chevy Trucks Like A Rock campaign to the Mercedes Benz Mercury spot to the Volkswagen Bubble Boy commercial, these ads, the ad agencies behind them and the clients behind the ad agencies come off like they love sharing the stories of their brand and product.

Three, great commercials are confident. They don’t need to shove the punchline, the moral of the story, the selling point or even the car itself smack in the middle of your face. They understand that, much the way the movie Jaws doesn’t just throw the shark right at you, showing the car in a meaningful context just when it’s needed does more to engage people than forcing 30 or 60 or 90 or 120 seconds of sheet metal on them. The Honda commercial shows only the top view of the car; Bubble Boy, Mercury and the Isuzu Rodeo Toy Store spot reveal their cars near the end, where it makes sense; the Saturn Sheet Metal, Jeep Snow Covered and Nissan Toys commercials don’t even show a car, at all, anywhere. That’s confidence. In the brand, the intelligence of the audience and the power of great storytelling.

Four, great car commercials are great people commercials. Every one of these spots understands that an automobile is designed, engineered, manufactured, assembled, shipped, sold and used in service of people. Yes, there’s sheet metal, leather, rubber, glass, steel, aluminum and other ingredients in the car, but the ingredients that matter most in any car are the person who does the driving and the people who ride along. The people in these commercials are much more than an afterthought to the product shots.

Five, great car commercials can use car advertising clichés and get away with it. Because they earn it (like the bit at the end of Bubble Boy where the guy sees the Beetle convertible) or because they serve it up differently (like the way Sheet Metal shows you some of the same environments other car commercials show you, only in a fresh way, because there are no cars). They make us look at the familiar with fresh eyes.

Thinking about it, those are five pretty good rules, not just for great car commercials, but great commercials in any category.

Anyway, however great you may or may not find them, these are 12 of my favorite car commercials. There are many others I like, admire and/or respect. Even love. But these are the spots that reliably come to mind when I think of car commercials deserving to be held up as a standard.

Before I sign off, on a mostly unrelated note, if you click over to YouTube to watch the VW Milky Way spot, you’ll see a note from the woman who posted the spot about why she turned off comments. It reads: “Comments removed and disabled because I’m tired of getting email notifications of you dipshits arguing with each other over trivialities.”

That cracks me up.

After all, where would the internet be without dipshits arguing over trivialities?

As part of our inaugural client’s brand makeover, this week we helped First Citizens Bank launch a new suite of credit card designs and…