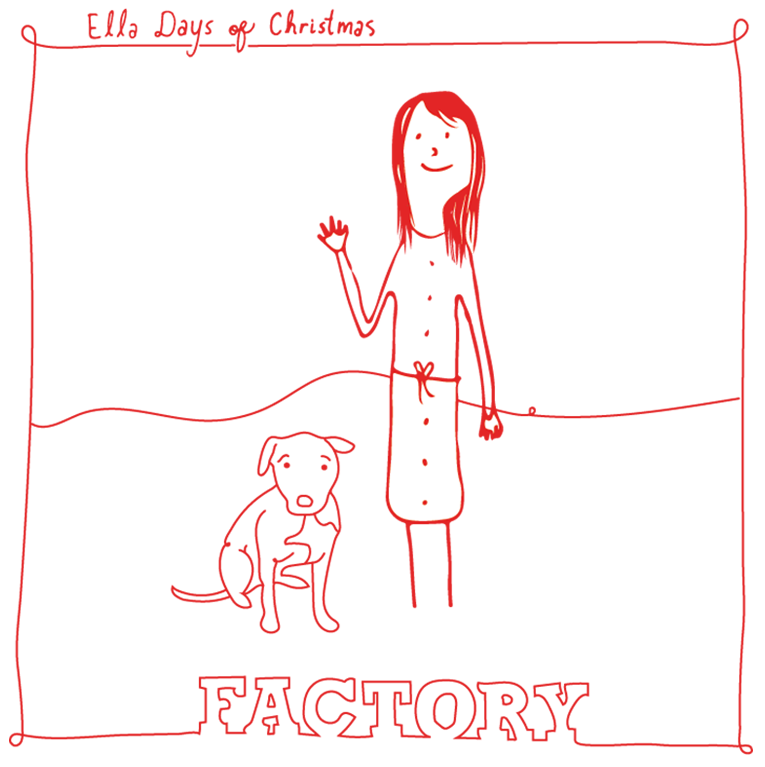 . . . or at least you have a pretty good idea. You immediately have the impression somebody’s the right person for a job you need to fill. They’ve got the right talents, the right temperament, the right fit with the rest of the team. They say something or do something that just gives it away.

It’s like that line from When Harry Met Sally. “At that moment I knew. I knew the way you know about a good melon.”

(The line before it? “I’m Ben Small. Of the Coney Island Smalls.” What a great line. I love that movie.)

It’s happened a few times in the years I’ve been doing the hiring, either for the ad agencies I’ve worked at or here at Factory, the ad agency I mostly own (hey Greg, hey Izabela!). Reading a resume, looking at somebody’s website, chatting on the phone for the first time or the second time, when the first time doesn’t go so well (you know who you are) or just sitting down and talking.

That’s the way it was when Izabela Skonieczka came to talk about leaving big ad agency life behind and joining our small little agency. You could just tell she had the right creative sensibility and a giant helping of talent . . . and she was a good person, too, which really, really, really helps (there isn’t a lot of room for jerks at a small agency, present company excepted).

And it was the same way when we were first introduced to Kelsey Kaptur.

Back in 2015, we wanted to add a junior-ish art director to the team. Of course, being a small little agency, nobody does just one thing. The team usually works more like a team than a gathering of individuals, with a lot of collaboration, idea sharing and mutual support. So, “art director” becomes a pretty elastic term. Someone who can make ads, someone who can design logos, someone who can bring ideas big and small to the work we do. We wanted someone who could bring that kind of flexibility to a team that has always worked flexibly and fast.

So we posted the job on LinkedIn. And we got a bunch of resumes and some cover letters and LinkedIn links (helpful hint, young people: if you’re really interested in a job, don’t just send a LinkedIn link; send a real resume and a real cover letter). But one stood out from the rest.

The cover letter was drawn. It was a cartoon. Of a young woman talking to camera about who she was and why she’d be the right person our agency and the job we needed to fill. It was Kelsey, who was working at the time doing design work at Plum Market (my favorite of Metro Detroit’s quality local grocery establishments). She had gone above and beyond to create communication that would stand out, create a connection and make us stop and think. She wasn’t like the others.

“I knew the way you know about a good melon.”

So I checked out her online portfolio, liked what I saw, shared it with Izabela, Kelsey came to interview and, a year and a half later, she’s done a tremendous amount of very good work for Factory and our clients. The greatest thing about working at a small little ad agency is you get to produce so much more of your work – turn more of your ideas into real communication – than you ever would in the same amount of time at one of the big corporate agencies.

That’s because the big ad agencies are built on a model I like to call “the mountain of failure.”

At the broadest, biggest level, it works like this:

An advertiser decides they want to hire a new ad agency. So they send out a request for proposal to a bunch of agencies . . . five, ten, twenty, I recall once where the client looked at over a hundred ad agencies (no, I am NOT making that up). The ad agencies put together some kind of submission, hoping to get the attention of the client and make it to the next round. If they do, they find themselves competing with three, four, five (or more) other agencies to sell a campaign and a relationship. Each of those agencies might look at any number of strategies when putting together their pitch. And they’ll have multiple creative teams (and assorted others) coming up with ideas for new ad campaigns. Each team might have anywhere from just one to many ideas. Most of those ideas get cut. Each agency presents one, two, three (possibly more) campaign ideas. In the end, the client selects an agency and – if not right away, soon enough – approves a new campaign, which gets produced and introduced to the world at large.

It’s a great winnowing to get to that one new thing. One creative team gets to turn their idea into real communication. And all the other creative teams at all the other ad agencies that participated at all stages of the review? They don’t. Yes, an idea might get recycled elsewhere down the road, but mostly all those campaigns, all those ideas, all those presentations, all that work just go into a file somewhere or stay on a hard drive somewhere and, in time, fade from memory. There’s no lovely parting gifts, no lifetime supply of Turtle Wax or Rice-A-Roni, no steak knives for coming in second.

The team that produces that one campaign stands on a mountain of failure. That one time. Most of the other times, they’re part of the mountain and some other team gets to turn their ideas into real communication. At big agencies, most teams, most of the time, do much more work that doesn’t get produced than work that does. It’s built into the business model.

But it’s not built into the business model of the small agency. Yes, we come up with many ideas, and no, not all of them get produced. But we’re the ones coming up with all those ideas, so the on-base percentage is higher. When both Izabela and Kelsey came here, part of what I promised them is they’d produce so much more work than they would in a big agency environment.

If you received our card this year – Ella’s Holiday Adventure – or saw it online, you were treated to Kelsey’s work. I don’t even know how the idea behind the whole thing evolved. But it was most definitely a team project, with Izabela and Jason Barthlow and even me lending a hand. Same with the many cartoons from our Ella Days Of Christmas social media posts. The whole team participated, but Kelsey’s the one who brought it to life.

It was fun, people liked it, it made me laugh. Yes, I’m biased because it’s about my dog (don’t ever say anything bad about my dog!). But put that aside and I still think it was a great body of work that any ad agency would be proud to produce. My favorite piece? The one with Ella, the mistletoe and a very nervous gingerbread man. It made me LOL out loud when I saw it the first time.

Anyway, I hope you saw it, too. Because it’s a good representation of the way we work as an agency and the very talented people who’ve come to work here. (You can check out the digital version of Ella’s Holiday Adventure right here.)

So, Thanksgiving-Christmas-Hanukkah-New-Years being over and those of us who live in Michigan having three months plus of that white crap to get through before the leaves come back to the trees, I thought I’d give a shout out to Kelsey, for the great job she did turning my self-centered, cookie-loving, cuddle-needing dog into the centerpiece of our Factory holiday.

A new radio spot in our ongoing Forever First Campaign on behalf of First Citizens Bank, celebrating the passion, creativity…