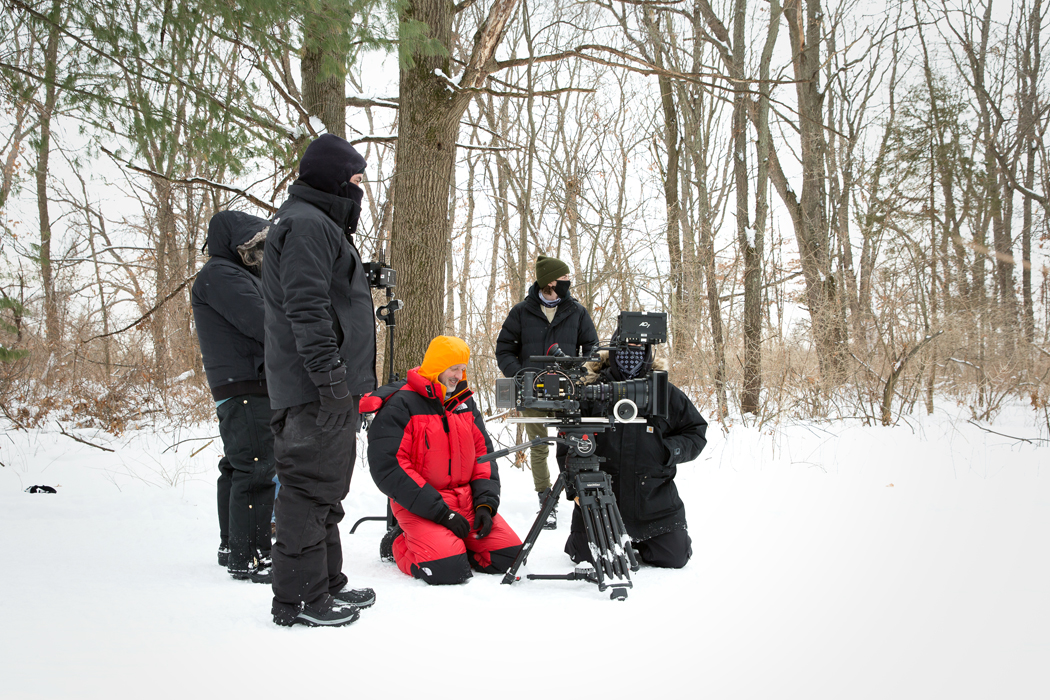 . . . divisive season. Pretty much everybody loves autumn and spring. Most people like summer even if they prefer it not get too hot and/or too humid. I’d say it’s hard to actually hate summer. Even if you’re not the biggest fan of the season.

I spent a week or so in the Upper Peninsula once – in February – where they get some serious winter. I love the U.P., but it literally never stopped snowing while I was there. Every time I went out to my truck, I had to brush off all the new snow.

I grew up in Cleveland, about a quarter mile from Lake Erie, on the northeast side of town, where we’d get a ton of snow. I worked in Downtown Cleveland, where the winter wind off the lake up East 9th Street could be devastating. I lived in Chicago – twice, same building both times – also working and living close to Lake Michigan. Winters were not fun there, either. I could lose all feeling in my feet waiting for the bus to get to the stop by the Ogilvy & Mather office in One Illinois Center. Michigan Avenue in Chicago can feel a lot like East 9th Street in Cleveland.

I know I’m not alone in this attitude. A lot of people hate winter. And few are shy about expressing that sentiment.

On the other hand, there are those among us who love love love them some winter.

They’re out there. Living in a Currier and Ives lithograph, apparently.

Like I said up top, winter is the most divisive season. No other season has such a wide gulf between the haters and the lovers. It’s been that way a long time; it will be that way a long time, too (at least until global warming solves this problem once and for all).

But what, I hear you ask, does this have to do with advertising?

A lot, it turns out.

You see, one of our clients here at Factory is the Huron-Clinton Metroparks. For whom we have created a four-seasons marketing initiative to bring Southeast Michiganders out of their homes and into the 13 Metropark properties that surround the region. We’ve put together terrific TV and radio and billboards and social posts and banners – plus a whole bunch of other stuff – to attract visitors when the weather is warm, when the leaves change colors and, yes, when all the world is white and cold.

Last February, we shot two commercials for winter. Because the parks are open all year round and because there’s a lot to do during the winter months if you’re one of those folks who doesn’t hate winter the way I hate winter.  (Did I mention I hate winter?)

We were actually supposed to shoot these spots the winter before. But the weather didn’t cooperate. The winter of 2020 was fairly mild, as winters around here go. Now, I can’t say this broke my heart, but I knew that sooner or later we’d get the winter we needed to film TV commercials featuring snow, snow, snow, more snow and some ice (for the skating).

That turned out to be last winter.

Now, when you’re shooting winter video around here – and the same is true when you’re shooting fall color – you’re at the mercy of a chaotic and unpredictable system. AKA, nature. You have to schedule a crew and talent and extras and meals and a bunch of other stuff – and then you have to pray that your shoot schedule matches up with nature’s weather schedule. Because if you’re off by even a couple days, you can miss everything you need to shoot.

Last winter, we were unbelievably blessed. If that’s the right word.

We had originally slotted early February for the shoot. But then, looking at the calendar, something made us change it to mid-February. Turns out the week we’d originally planned to shoot would have been awful. There wasn’t much snow and what there was didn’t look so great anymore.

But the shoot window we ended up with? Just a couple days before our shoot, Southeast Michigan got nailed by a ton of snow and low, low temperatures to keep that snow all snowy. Plus, on our shoot days, we got more snow throughout to lend a fresh wintertime patina to Kensington and Huron Meadows Metroparks, where we did our filming.

It was beautiful. I mean, if you can think wintertime is beautiful. (I do not; see above.)

The only downside to all this is we needed to be out in that snow and cold. The first shoot day, when I rolled into Kensington Metropark at around six in the morning, the thermometer on my car said it was 12 below outside. Yes, that 12 below. So, I was fairly miserable, even though there was a smallish RV on set – which we used for makeup and hair and the occasional defrosting – where I hid out as much as I could. Which wasn’t nearly enough, if you ask me. There were times my feet were as frozen as they got during those long waits for the bus on Michigan Avenue.

But, work-wise, it was all worth it. We have two lovely commercials to promote the Metroparks as a wintertime recreational destination.

Well, because there are two kinds of people when it comes to winter. The people who think it’s awesome. And the people who think it’s awful. Seeing as those two kinds don’t see eye to eye, we made a commercial for each of them, one about how awesome winter is and one about not letting the awfulness of winter keep you from getting out for some fun. Which is what the Metroparks are here for, all year, all four seasons.

Here’s the spot for people who love winter:

And here’s the spot for those of us who, like me, hate winter:

Thanks to the usual shoot crew we work with for standing up to the worst the season had to throw at us. That includes Henry B. Joy IV (director of photography), Joe Likins (first assistant director), Andriy Pereklita (props master) and Miles Marie (stylist). And those who worked from the safety, warmth and comfort of their offices, including Charlene Dwyer (editor), John Cathel of Cathel Color (color correction), Russ Fitzpatrick and Christiaan Meyer at Ron Rose Milagro (audio and post) and Sidi Henderson, our voice talent, working out of iGroup.

Also thanks to the Factory team who endured the elements on this shoot, including Izabela Skonieczka, Shana Preuett, Rob Johnston and Lugene Bernard.

And thanks, most of all, to the folks at the Huron Clinton Metroparks, who’ve trusted us to partner with them on creating all the work we’ve done these past few years.

I hate winter. I may have mentioned that before.

“Then why do you live in Michigan?” people often ask me.

That’s certainly a fair question. There’s a big country out there with places where winter isn’t nearly so onerous (mind you, many of those places have dreadful summers).

And there’s truth in all those thoughts.

But, if I’m being honest, my real answer would be this:

“Because as much as I hate winter, I love complaining about winter.”

First Citizens Bank: Out of Home