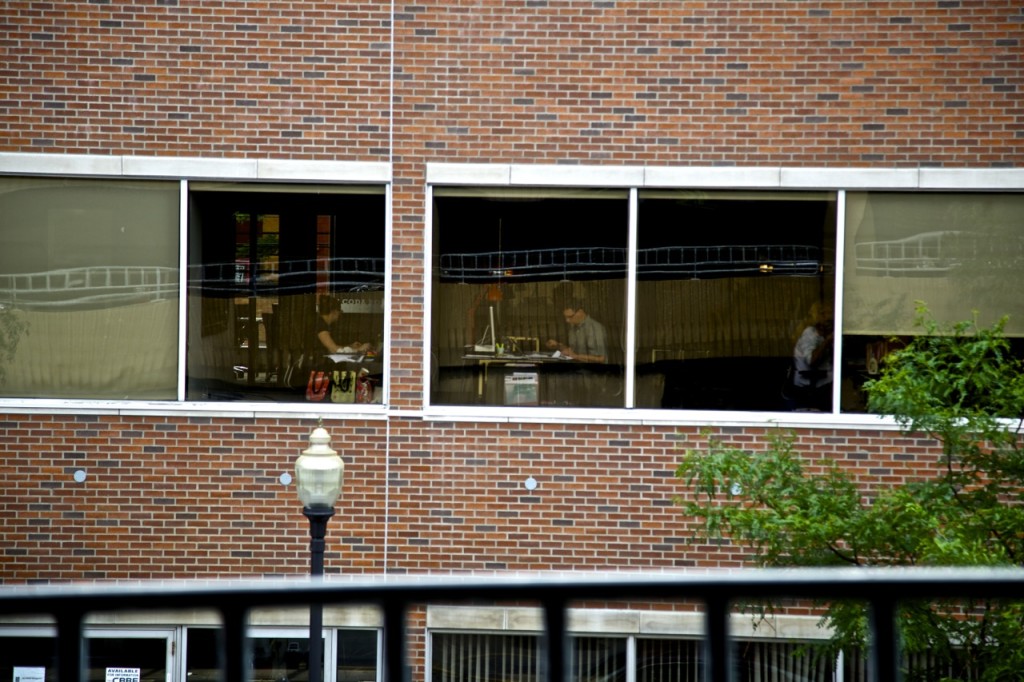 . . . are relative constructs, of course. How big does something have to be to qualify as “big” in the common sense of the word? And while there’s a bottom limit on small – one more than zero – when small stops being small is a matter for discussion, at the very least.

But I suppose we know big and small when we see them. Well enough, anyway.

I’ve been thinking a lot about big and small. The difference in being big and being small. And the journey from big to small . . . and perhaps back again.

It’s not always easy going from big to small.

Detroit, for instance, shed a million residents over the past 60 years. The American auto industry’s domestic market share is well under the fifty percent General Motors alone enjoyed in its prime. In my business – advertising – entire agencies that used to call Detroit home are long gone. Thousands of jobs are gone with them.

The journey from big to small can be a harsh one. This region proves it.

On the other hand, there’s the old saying that change is opportunity. Metro Detroit proves that, too. Detroit was innovative for a long time. Then for a long time it wasn’t. Now it seems to be moving back in the direction, at least, of innovation. The region is more entrepreneurial today, probably, than any time in the past hundred years.

In 2013, my friend Greg Sieck and I started an advertising agency named Factory. As I write this, we have a staff of eight, with a ninth starting in a few days.

Today two years ago was our first day of business in our Royal Oak offices. It was Monday, June 17. Happy birthday to us.

Folks who work in big network agencies sooner or later have the same conversation: “We should start our own agency.” On the road, in an airport bar, after work, grousing about bureaucracy, process and people you never met. It almost always goes nowhere.

Here’s what I’ve learned taking that journey from big to small:

Big means CFOs, HR, cleaning crews, production staff, large teams that lend a hand as deadlines loom. Small means an accountant and a lawyer – neither of which you talk to that often – and cleaning people once a week. When the trash needs to be taken out and it’s five below zero, guess who’s making the trip? For that matter, guess who has to buy a dumpster? You start out unprepared, but you learn more, faster, than ever before in your life.

Big has history. In advertising, that means existing clients, ongoing campaigns to keep teams busy, a body of work to trot out when soliciting new clients. Small means a lot of firsts: First photo shoot, first TV shoot, first hire, first fire, first new business pitch, first loss, first win. It’s exciting. And scary. Because you’re inventing a new company and a new culture and every first is a chance to get things right, wrong or a little of both.

Big has lots of people between the folks who make the product and the outside world. Management, producers, admins. Small means the folks making the product are all there is. The downside is, the world is full of people who want to “help” you without necessarily returning much in the way of value. They look at a new company and see a gravy train. The upside is there are other independent companies who legitimately can and do help. Detroit has a great community of production resources and we’ve been blessed to work with some of the best; they’ve made these first couple years easier. (A shout out goes here to the folks at Ron Rose Milagro, Beast, Method and Yessian Music.)

Big gives you room to shuffle around employees who aren’t cutting it and surround them with colleagues who make up for their shortcomings. And small? Well, there’s not much use trying to hide someone when your team counts in the single digits. There’s a temptation to drag your feet a long time before doing something about someone who’s the wrong person for the job, hoping it gets better. But it never does.

5. There’s nothing as wonderful as a good hire.

Big means it’s easy for good people to get lost in that shuffle – wrong team, wrong project, wrong time. Small means there’s no shuffle to get lost in. And talent and work ethic will out. Being small, we don’t have the luxury/burden of too much hierarchy, structure and process. The people who routinely do more than their business card says are the most valuable asset any small company can have. For us, they make a difference every day.

Big and small? Bottom line is, they’re two different worlds. I’ve done big and now I’m doing small. Sure, I’d like us to be bigger – and we’re working on it. If you have any leads, feel free to pass them my way.

But . . . I don’t think I’d ever want to go back to big again. Not big big, anyway. Small, you get used to the independence.

Besides, what would I do with my dumpster?

. . . is new news here at Factory. We’re looking to add a writer (I actually hate the word “copywriter” because it sounds…