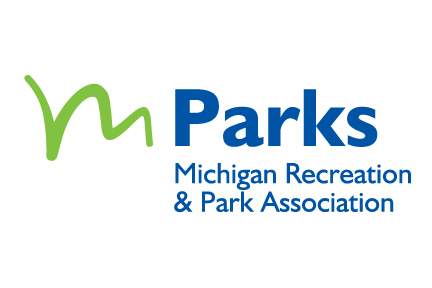 Inviting residents to “Come Out And Play,” the Michigan Recreation and Park Association today unveiled its new brand identity, and kicked off a new marketing campaign focused on increasing usage and support for Michigan’s state, county and community parks and recreation centers.

The new brand identity, mParks, will go live July 8 and will be phased into usage throughout the next several months, with the transition complete by the organization’s next annual meeting in January 2016.

“We were founded in 1935,” said mParks Chief Operating Officer Ann Conklin. “It was time to bring our branding into the smartphone era. This being our 80th anniversary, the time seemed right to take a fresh look at the way we share our story with the people of Michigan.”

The new marketing effort, featuring the new mParks slogan, “Come Out And Play,” is built around a new theme song of the same name performed by award-winning Michigan recording artist, Taylor Taylor. The song will be used in TV and radio PSAs and will be made available to member organizations for use in their marketing.

Creative work on this effort – including name development, logo design, songwriting and PSA production – have all been handled by Factory, an advertising agency based in Royal Oak.

“We wanted to put an important idea out into the world,” said Mark Lantz, Factory’s founder and executive creative director. “That every life needs some play time and here in Michigan there’s no better place to play than our parks and recreation centers.”

Taylor Taylor, who provided the vocals for the song, is an up-and-coming talent on Michigan’s music scene. Just 18 and a graduate of Okemos High School, she’s the recent winner of the John Shanks Original Song Challenge, a global contest on talent site Indi.com. Come Out And Play was produced by Farmington Hills-based Yessian Music, Michigan’s premiere commercial music firm.

Said Conklin, “Our members represent the best outdoor and recreational facilities across the state. Our brand message is a simple one . . . just come out and play and you’re going to love what we have to offer. Our song and Taylor’s incredible voice drive that message home in a way nothing else could.”

In 2015, First Citizens Bank signed on as a major sponsor of Teen Cancer America. Our job was helping tell the story of what…