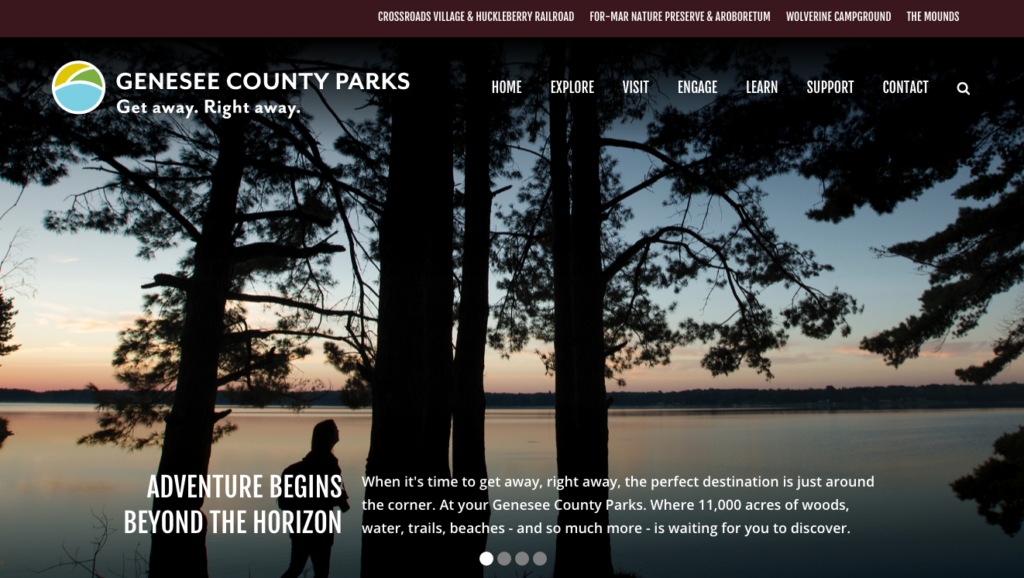 . . . what you agree to. That’s an important takeaway from what transpired this year (and a bit of last year) as we undertook the job of overhauling (and I mean completely and totally, starting over from scratch) the website for Genesee County Parks. It’s easy to go along with things without really, truly being sure of what you’re getting into.

Now, in case you think it’s the overhauling-the-Genesee-County-Parks thing I’m griping about, au contraire. When they asked if we’d do the website – and restage all their brochures – we were thrilled with the assignment. Still are. It’s really good work we can be proud of.

I first met the folks at the Parks back in fall 2007, when I was still at McCann Erickson. A few years later they hired me to do some projects when I was working on my own. And Factory did some really nifty radio for them just a couple years ago.

Genesee County Parks does an awesome job (it’s Michigan’s largest and most diverse county park system and a huge part of quality of life in its region) and we’re proud to be part of what’s going on in the Flint area (there’s a lot more there than you see in the headlines).

No, what I’m griping about here is something I gave the OK to back at the start of the project.

You see, a big part of what makes Factory tick as an ad agency is we like to do as much of the production of our work as we can possibly do ourselves. Photography, songwriting, video, illustration – we love treating our business as craftwork.

So part of our approach when starting the Genesee County Parks website and brochures was to take on a lot of the detail work ourselves (except for the technology stuff on the website; that was all done by the folks at 3sixty Interactive in Flint, led by Dean Keipert, who’s been about as much of a gentleman as anyone could ever be).

We started with photography.

Factory-ites (Factorials?) Tom Parr, Izabela Skonieczka and Kelsey Kaptur spent some quality and quantity time tramping around the Parks with their hiking shoes and cameras, building a good-sized photo library we could draw on. Destination marketing thrives on great photography and we wanted fresh visuals to bring to the new website and the brochures.

One of their trips involved getting up at oh dark thirty so they could get to Flint in time to catch the sunrise over Mott Lake. In spirit, I was with them. Otherwise, I was still sleeping.

BTW, it just now occurs to me that I could have had them check into a hotel up in the Flint area so they wouldn’t have had to put in an hour commute before sun up; between you and me, I’m glad I thought of that now, instead of then.

Anyway, they came back from their several expeditions with some gorgeous photography. Really beautiful stuff. So, the photos weren’t the thing I’m griping about.

No, what I’m griping about is the maps.

The Genesee County Parks is made up of a lot of individual properties. I’ve lost count. It used to be 21, but I think it’s more than that now. And a lot of those properties need maps. To show people where the fun stuff is. The trails. The boat ramps. The beaches. The equestrian facilities. The picnic grounds. All that kind of stuff.

When the team – Izabela and Kelsey – came to me to talk about the maps, what they wanted to do was A) create a custom look that would unify all the maps for all the properties, which hadn’t been the case before and B) custom illustrate all the little icons that stand for all the amenities, rather than just use the same royalty-free clip art everybody else uses.

Now if you know Izabela and/or Kelsey, you’d know they present themselves as good-natured, kind-hearted, sweet-tempered creative spirits.

I’m here to tell you it’s a front.

Nothing they said even suggested how daunting the task they had in mind for these maps truly was. And I know – though I can’t prove it – they were well aware that creating maps for this website would be a labor on the order of cleaning out the Augean Stables (look it up and next time pay more attention in school). They made it sound all innocent and happy.

And yet I find myself a little melancholy that the website’s done.

It’s been fun griping to Izabela and Kelsey about these maps. A lot of fun. And, now, after today, I can’t really gripe about it anymore. I mean I could, but my heart wouldn’t really be in it.

It’s the end of an era. Of griping.

But it’s also the dawn of a new era. Of a new Genesee County Parks website. Created by the team at Factory and the team at 3Sixty Interactive.

I said it before and I’ll say it again: Be careful what you agree to. 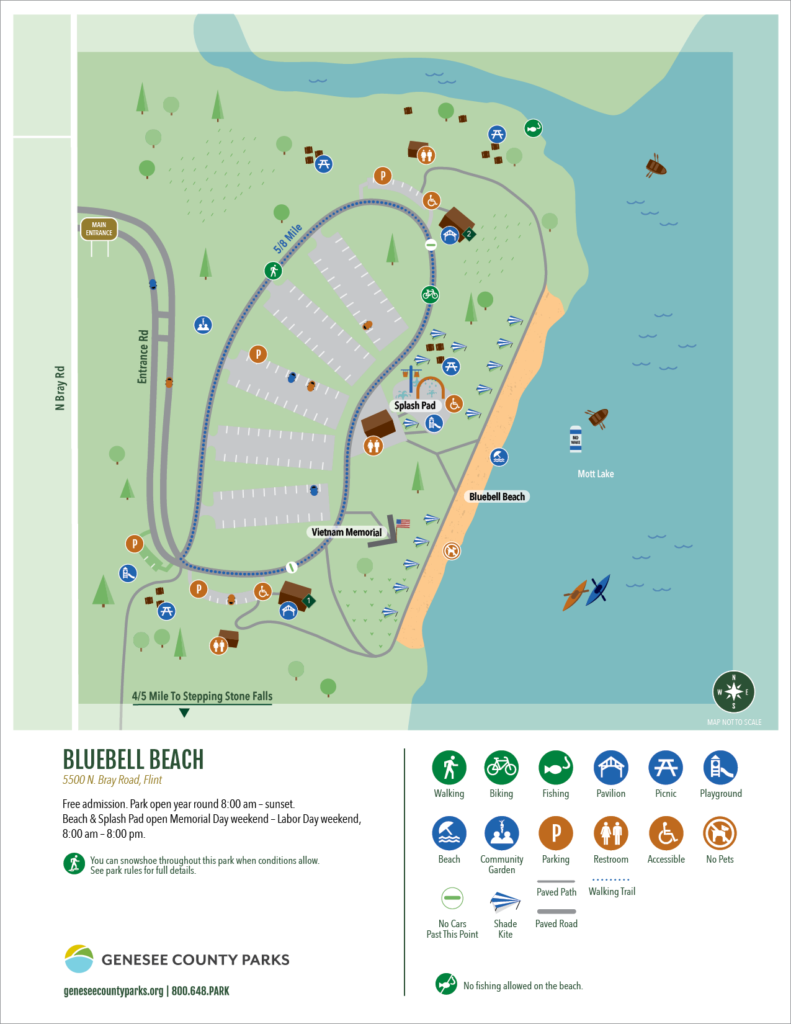