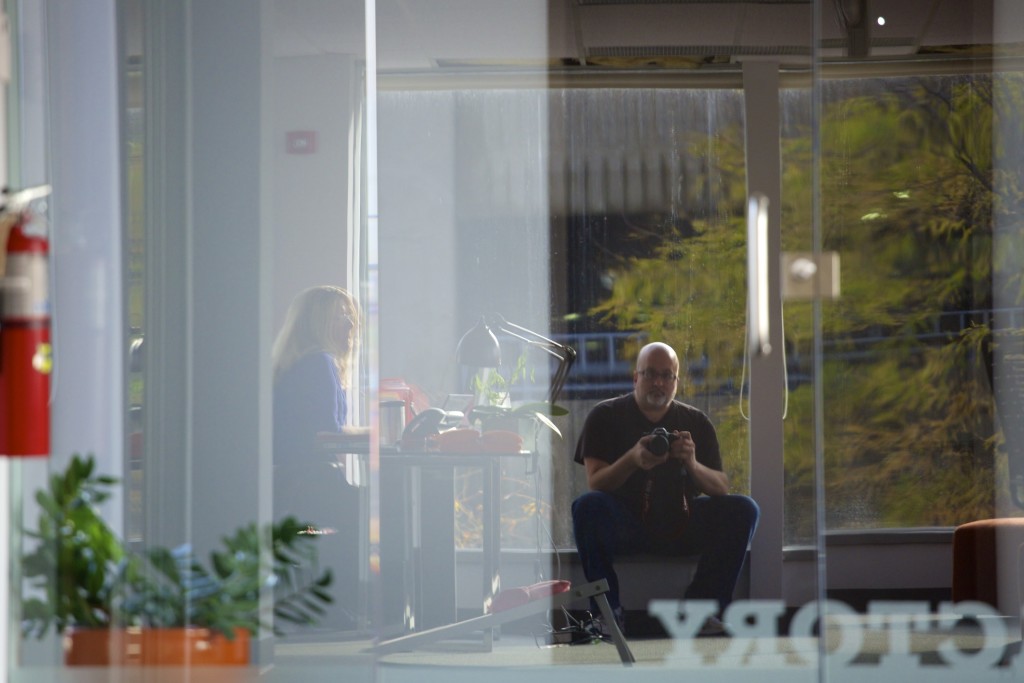 . . . have been on my mind these days. On April 2, Factory celebrates our first second anniversary. We’ll also have a second second anniversary in June (the 15th, to be exact), celebrating two years since we moved into our offices here in downtown Royal Oak, Michigan.

But our first second anniversary marks two years since we established our business as a legal entity, Factory Detroit Incorporated. This week, we’re two years old.

Now, if you’re wondering what we did for work space between incorporating and moving into the second floor of 215 South Center Street (at the corner of Center and Third, across from Hour Detroit and behind Bright Ideas), well, what we did was work out of my dining room. Which was fun in some ways, not fun in other ways. Let’s just leave it at that.

If you’re reading this, it’s likely you know who I am. If so, skip ahead to the next paragraph. If you don’t know who I am, here’s a brief bio: My name is Mark Lantz. I’ve been working in advertising since 1988, having worked at Wyse Advertising in Cleveland, Rubin Postaer in Los Angeles, Ogilvy & Mather in Chicago, Foote, Cone & Belding in San Francisco and McCann Erickson here in Detroit – where I was one of the creators of the Pure Michigan brand and campaign. In the three years and change before starting Factory, I worked on my own helping Michigan nonprofits and destinations focus their branding. If you Google me, you’ll see that I’m not the motorcycle racing Mark Lantz, the pastor Mark Lantz, the IBM scientist Mark Lantz, the California Closets Mark Lantz or the Cheyenne Stampede hockey team managing Mark Lantz. I’m the advertising Mark Lantz. I live in Birmingham and have a dog named Ella.

So, what’s been on my mind is: Two years into running a small agency – and having spent the significant majority of my time in advertising at large to very large agencies – have I learned anything worth the learning?

Turns out, the answer is yes. And here it is:

Big agencies have big contact lists and big budgets and big staffs. Which means there’s always someone else available to get their hands dirty when dirty hands are what the job requires. That means everything from shooting photography to hauling trash to the dumpster to packaging online ads to running the agency website to trudging through the woods of Genesee County with audio recording gear so you can capture the authentic sounds of untrammeled nature. And a lot more. At a small, independent agency, you learn how to do as much as you can possibly do.

Sometimes necessity, because there isn’t someone else on-hand to do the job that needs doing. Sometimes thrift, because you’d rather keep the money in-house. Sometimes pride, because these are your toys and you don’t want anyone else playing with them. And sometimes just because that’s the way it is when you’re small and independent and want to make sure something gets done the way you want it to get done.

Working at your own little ad agency is a world away from working at someone else’s great big ad agency. Every day is a test of the little agency’s talent, work ethic, commitment and cleverness. Sometimes you fail, and when you do, it’s spectacular. But more times than not, you succeed. And that’s spectacular, too, just in a much, much more gratifying way. Because it’s just us: Me, Tom Parr, Victoria Merritt, William Wayland, Lugene Bernard, Izabela Skonieczka and Jason Barthlow. And, of course, Greg Sieck, whose name is right there with mine on the incorporation papers.

Which is not to say we haven’t had more than a little help along the way.

Jeffrey DeChausse and the folks at Tiny Elephant. Igor Kovalik and the folks at Beast and Method. Jimmy Williams and his crew. Russ Fitzpatrick and the rest of the team at Ron Rose Milagro. Kathi Strace. Jason Watt. Victoria Miller. Birgit Roberts and Paul Robb at HiFi Project. The folks at Voices.com. The folks at Yessian Music. Jason Dutcher. Vitamin T. Creative Circle. The roster of experienced and talented people who’ve helped us get through these last 730 days isn’t too long, but it isn’t too short, either.

First Citizens is a 117-year old bank headquartered in Raleigh, North Carolina, that was willing to trust a start-up ad agency in Detroit, Michigan, with a head-to-toe makeover of its brand. That still amazes me.

TextbookRush is an online merchant that’s hired us to do a few waves of radio that we’ve had an absolute blast doing.

Genesee County Parks is Michigan’s largest county park system – and while they don’t have a huge marketing budget, they’ve trusted us with big chunks of the budget they do have.

The Michigan Recreation & Park Association has embraced with open arms and open minds just about everything we’ve brought to them – but I can’t really tell you about that . . . yet.

And there’s more to talk about. But those are stories for other days. The story today is the not-so-terrible twos.

I’m not going to lie and say there haven’t been growing pains. But sitting here at my computer, I find it a lot easier to look back and remember all the things that went right. And when the few things that went spectacularly wrong come to mind, it’s easy to laugh about them.

I guess that’s something else worth the learning, too.